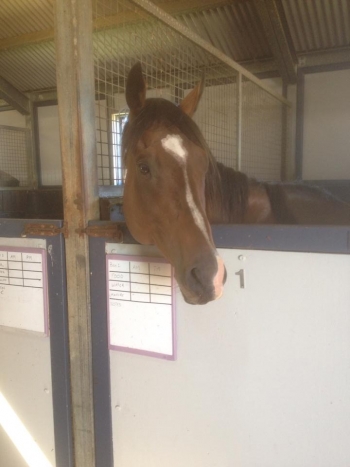 Poor Nitro was left with his two girlfriends, abandoned after his elderly owner suffered a stroke and has been permanently hospitalised. All three horses had lost an incredible amount of weight, were suffering a large worm burden and very badly damaged feet.

We made the decision as soon as we picked them up that Nitro needed to go straight to hospital to have a nasty hoof injury addressed. As a 7yo stallion we also intended to have him gelded whilst there. We found that we had just taken on a very expensive case :/ Not only did Nitro need some professional farrier work including wiring, gluing and shoeing, he also had a retained testicle which involves a more comprehensive surgical procedure. In the best possible hands at Newcastle Equine Centre he has now been gelded, wormed, had a dental and the farrier. He’s a new man!!! 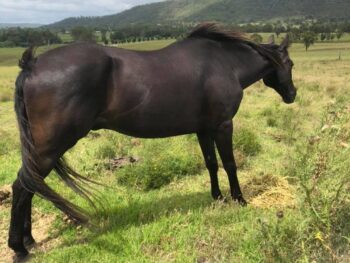